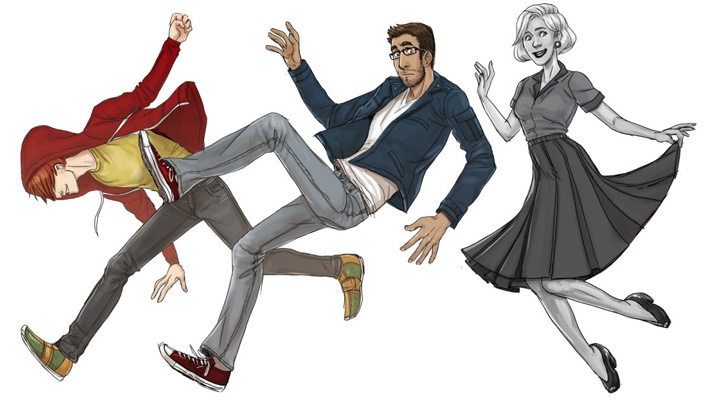 Oscar rented an old house off craigslist, then things got weird...

First it was meeting the ghost of a 1940s mathematician in the upstairs hallway, then it was finding a teenage werewolf in the bathtub. Now Oscar doesn't know what will show up next. Maybe that's okay, as long as nothing eats him.

Wilde Life is a supernatural adventure/horror series set in a small town in rural Oklahoma. It focuses on stories about creatures from Native American mythology as witnessed and documented by a journalist from Chicago, Illinois.

It launched on September 29th, 2014 and is written and illustrated by Pascalle Lepas. Pascalle Lepas is a writer and illustrator from Tulsa, Oklahoma. Before starting Wilde Life she drew a sci-fi adventure series called Zap! that ran from 2003 until it’s completion in 2014.

What?? You want to link back to WL? That’s pretty rad of you!