Stream this FRIDAY at 8pm central! Patrons, put your doodle requests in and then everyone tune in to https://picarto.tv/lepas on Friday to watch me draw them live! Bring a drink and be ready to giggle. :)

The doodle streams are open to anyone, but I'm only taking requests from patrons. If you want to request a doodle, just head over to Patreon!

See past doodles on my tumblr.

I hadn't done a roundup in a couple months, and there's so many great things! Thanks so much, artists! <3

If you've done a fanart and you want me to see, just tag it "wilde life" on tumblr, tweet @lepas on twitter, or note/mention Lepas on DA.

Happy new chapter start! Three pages this week, on M, W, F. Then settling back into Monday/Thursday updates. Thanks for reading! 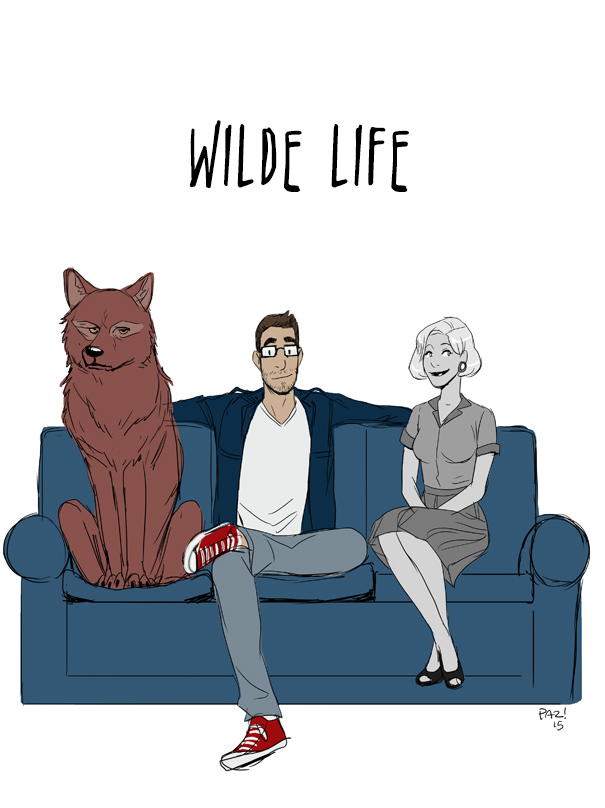 I launched Wilde Life on this day last year, on the same day that I posted the ending to Zap! It was a big comics day for me. Now, one year later, we're 150 pages in, and three chapters down!

Thanks so much for reading, everyone. It's been an amazing year. The doodle stream for this month will be next Saturday the 19th! Going to start it a little earlier this time to see if we can get a bit more done!

If you want to put in a doodle request, just comment here on patreon.

Thank you so much for the amazing fanarts, you guys! (Click to see the original)

If you did a fanart and want to make sure I see it, tag it "wilde life" on tumblr, tag or note me on DA, tweet it to @lepas, or just email it! 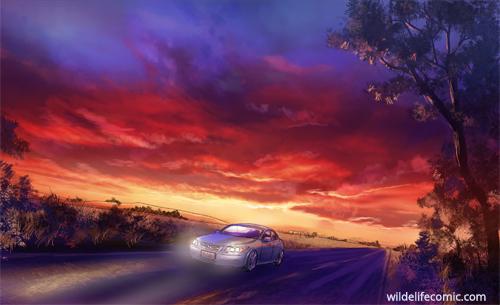 For those of you asking for the sunet panel as a print, I put it up in my society6 shop.

You can get one here. Doodle streams are open to everyone, but only patrons get to send in requests. Hope to see you guys there! Bring a drink and be ready to giggle. I'll post the link when it starts up!

You can see past doodles on my tumblr! 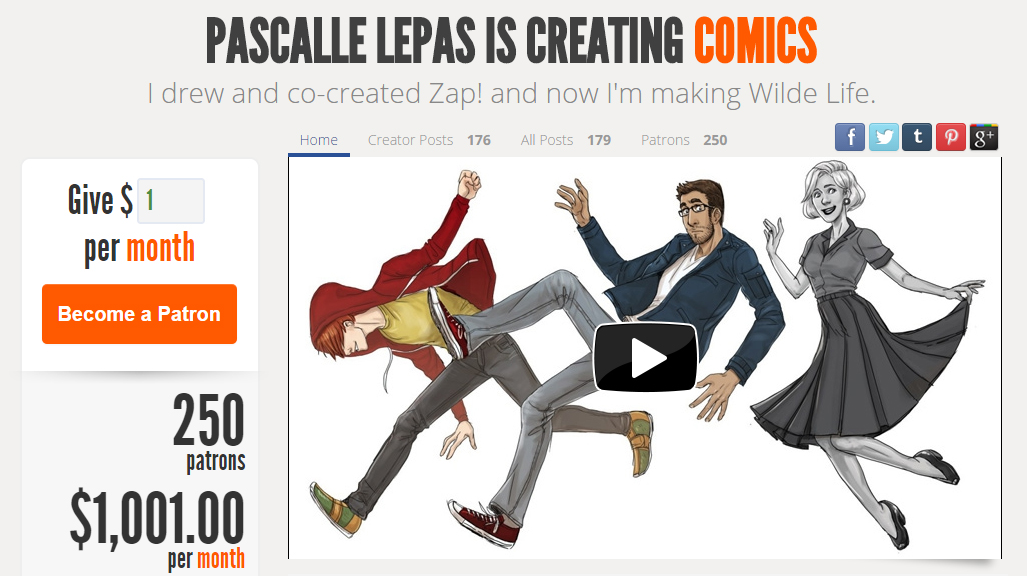 HUGE THANKS to everyone who has supported Wilde Life on Patreon so far! We hit the $1000 mark over the weekend and I'm so amazed and excited about what this means for the comic in the future!!

Thank you so much, patrons!! I've wanted to make comics my job for ten years now and it's starting to seem like it's really going to happen because of you guys!

What is Patreon?
If you haven't heard of Patreon before, it's sort of like Kickstarter, except it is for recurring monthly donations. You pledge a dollar amount and once a month your credit card is charged. When everybody gives a little, it adds up to an amount that allows me to keep making the comic!

I've already been able to hire a flatter to assist me in coloring the pages and that has 100% been responsible for the regular 2x a week scedule. There have been times (a lot of times recently Z_Z) when my work schedule would have made it impossible to keep up with updates without being able to pay for color assists. It has been a tremendous help in keeping this thing going!

What's Next?
The next Patreon milestone is at $1500/month. If we get there, I'll make a PDF (and possibly a few physical copies if enough people are interested!) of all the concept art I did from 2010 until 2014 while I was developing Wilde Life. There's a lot of neat stuff in there, like: 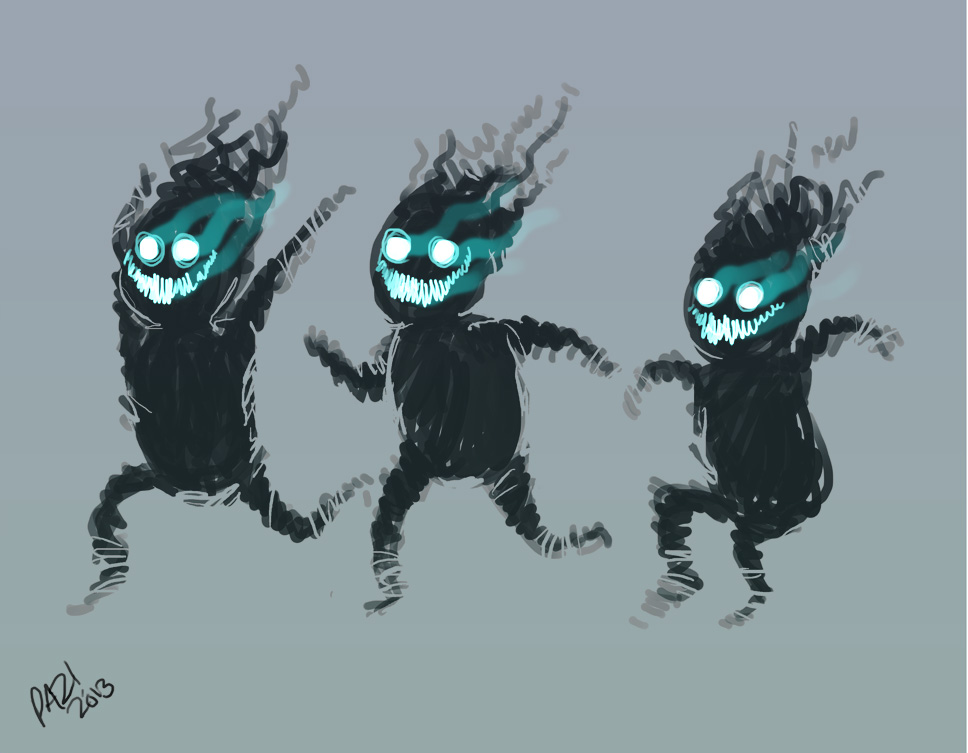 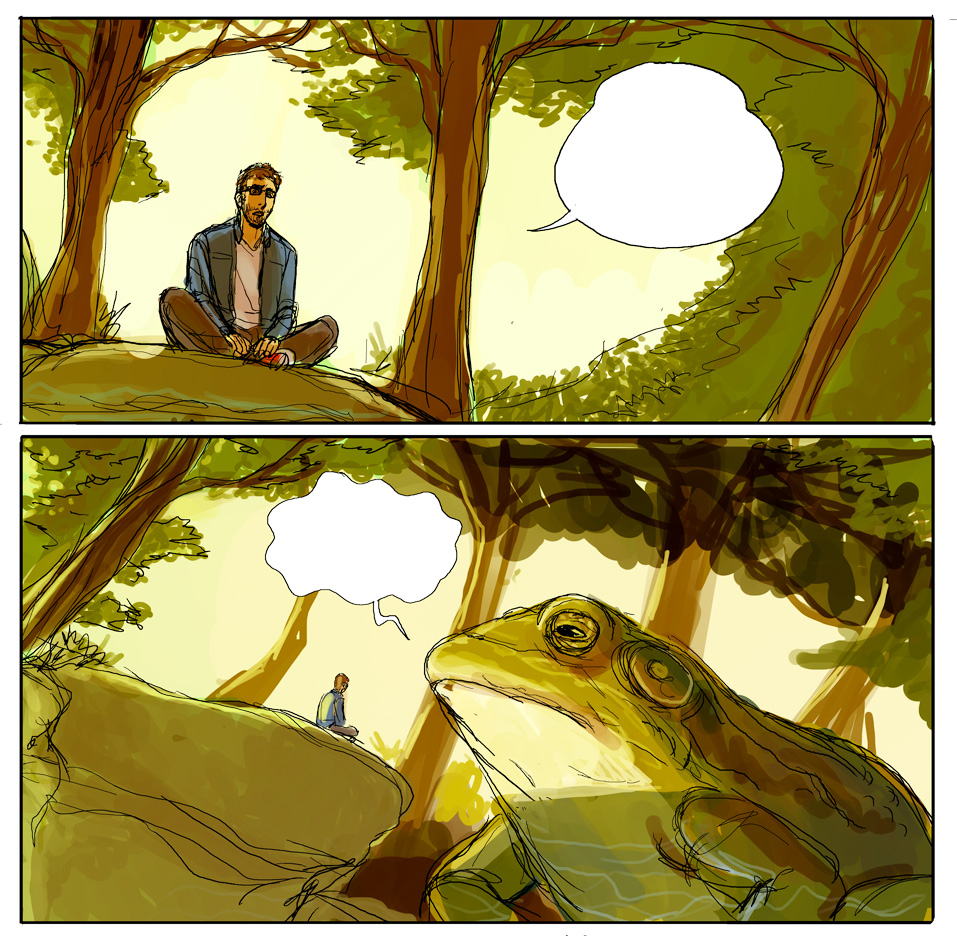 Hanyi the World Eater!!!! AND LITERALLY LIKE FOUR YEARS MORE of art and sketches!

So, if you've been enjoying the comic and want to see more of it, including three-a-week updates, please consider backing Wilde Life on patreon!

So many great fanarts for my birthday, I'm so blown away! Thank you so much everyone!! I'm so lucky ;_;